We were ecstatic about joining the Balkan Bites food tour.  The tour is free, and runs everyday at 2PM.  The meeting point is always the same:

There was about 15 people on the tour.  A bunch of people from New Zealand studying in England was there, and also a Belgium woman and her Canadian boyfriend was there.  The boyfriend is living in Sofia as of now, and they purchased a rose farm in Bulgaria.  How awesome is that?!!  And we had a camera following us as we were going to be featured in the news that night!!

Watch Video for the News!

Our first stop is Supa Star.  It is a traditional Balkan soup shop.  The decor in the shop was very cute.  It was colourful, fun, and very cozy. They serve a variety of cold and hot soup.  We tasted a soup made out of yogurt.  Balkans is known for their yogurt, as they were the original inventors of yogurt.  In fact, Bulgaria is one of the largest exporters of bacterial cultures for yogurt fermentation.  This cold yogurt soup is made simply out of water, dill, cucumber, walnuts, garlic and salt to taste.  It was delicious, and very refreshing.  I think I would try to make this again in the summer. 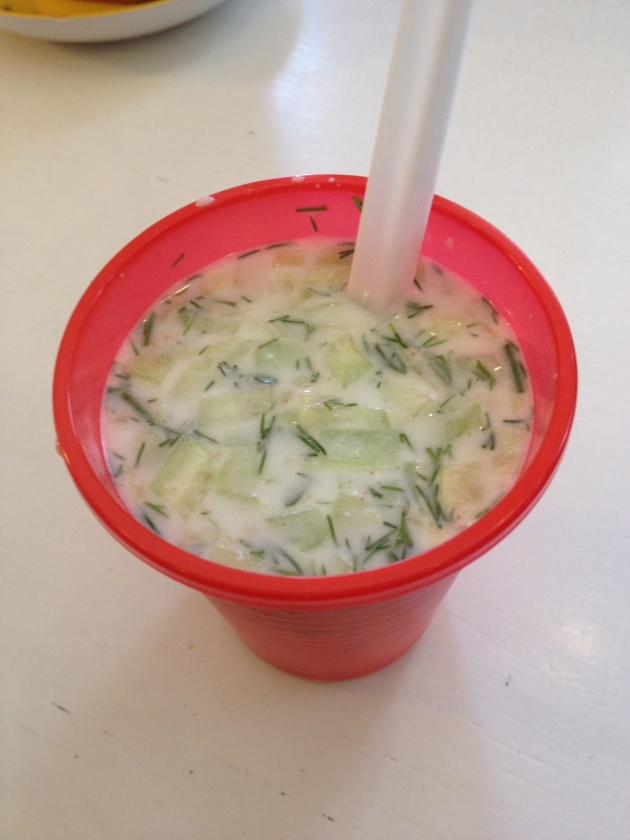 Our next stop was at a placed called Lubimoto.  They are a traditional family restaurants tucked away in the corner of a building.  Here we tried the Shopska salata.  It is a traditional salad that is commonly served at dinners.  Usually consist of white cheese, salad, olives, and tomato. 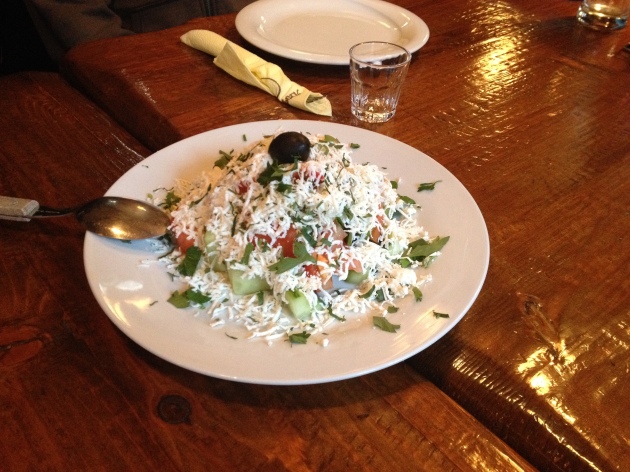 We also tried Bulgaria’s national drink: Rakia.  A clear alcohol similar to brandy, made by the distillation of fermented fruits (grapes, plums, apricots, pears, apples, cherries, figs, quinces).  The alcohol content is approximately 60% which makes it the drink of choice during the winter season, and summer parties.  It is meant to be sipped slowly, but our New Zealand tour-mates decided that bottoms up was the way to go. 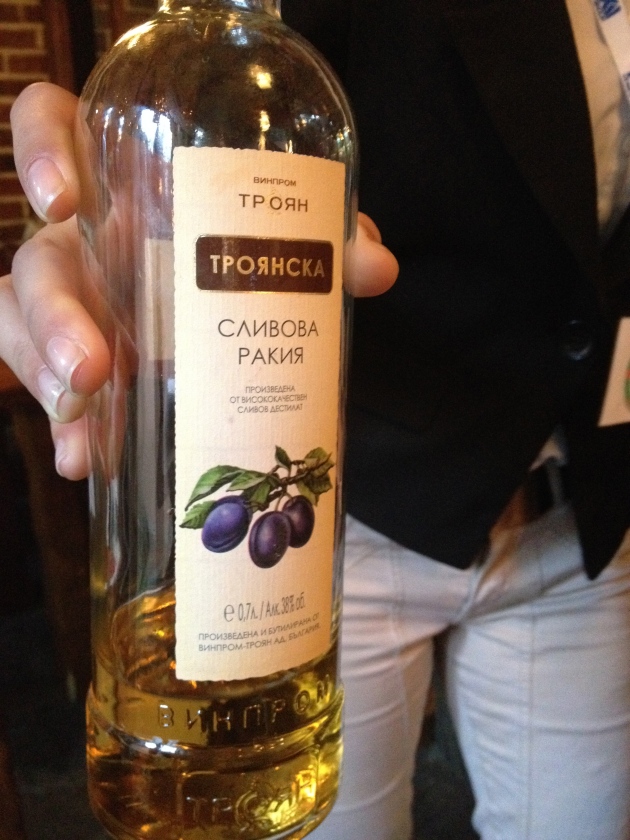 Feeling all warm and fuzzy from the Rakia we had, our next destination was Sun Moon.  It is a bakery/ soup and sandwich shop.  We tried various homemade jams with bread.  The soup looked very tasty, and Ru and I actually came back here for dinner.  She ordered a bean soup and I had a latte.  So that was the end of our free food tour and we gave a generous tip to our guide as the tour was very fun and informative.

Other tasties in my tummy from Sofia included:

This Chinese hot dog bun looking thing.  It tasted like one, except the sausage was Bulgarian style and so was the bread.  The bread was so soft and chewy.  Very fresh.

We had a fish crepe. The crepe was very thin, and it was served with a side of tomatoes and cucumbers.  The sauce in the middle was made of potatoes.  It was slightly sour, tasted a bit like sour cream.  The crepe itself was fresh, chewy.  The mouth feel is a bit different from the ones you get in Paris (which is the standard used when assessing crepes).