I was a little grumpy about the rain earlier this week. Then I thought about it, and I feel like an ungrateful child. I get to go on this fantastic vacation, I’m getting time off and I let a little rain bother me. I realized that I was just making my own holiday miserable and the rain had nothing to do with it.

So I rain proofed myself and went to face off with the rain. I was determined to learn to enjoy this rainy weather and not let it get to me. I was hopped on my bike and peddled through the rain. As it started to pour, I took cover in front of a bakery.

I stood there watch and watched as the rain fell. I had no where to go, no places to be. Then I began to notice…

The rain washed colours off buildings, and onto the cobblestone. 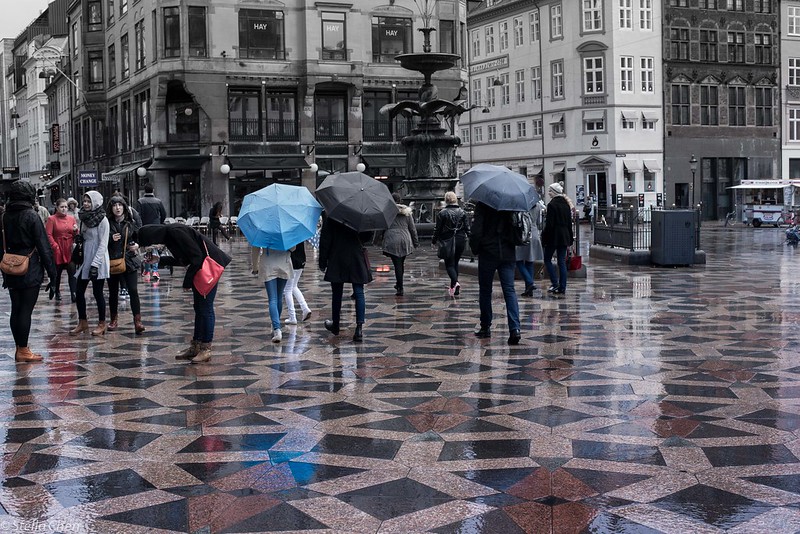 Mom and Dad alike sheltering their children and getting soaked themselves. Couples holding each other closer to stay warm. Everyone rushing to where they need to be. 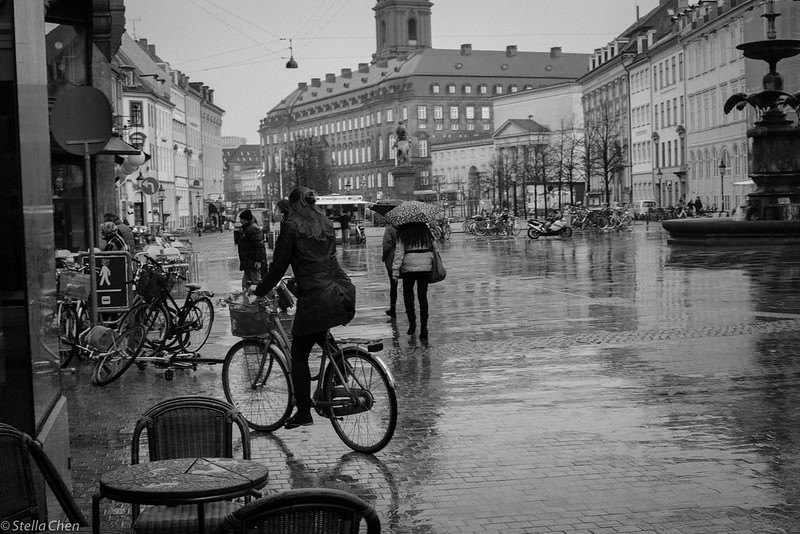 Except for her. She’s learned to laugh and dance in the rain. 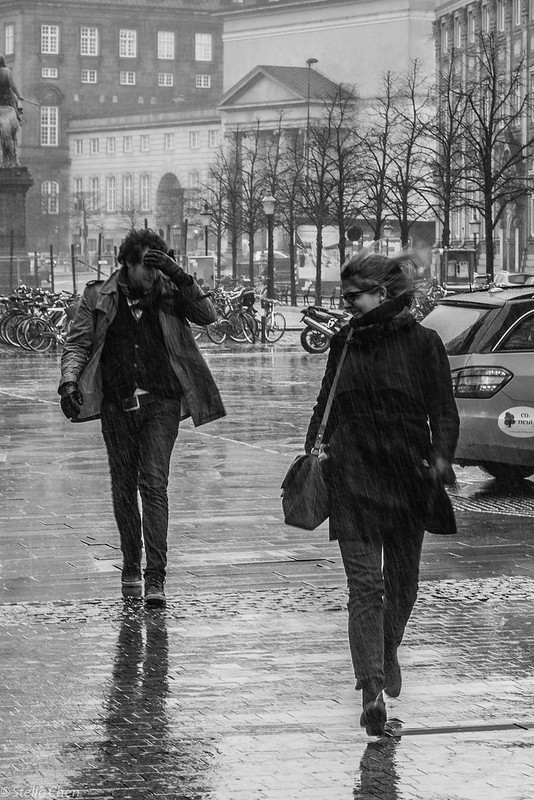 One of the woes of traveling alone, is getting a photo for yourself. Normally it’s fine, I prefer to be behind the camera. But, there are moments where I wish someone would hold the camera for me. Today was one of those days. I visited Kronborg Slot today. Having studied Hamlet so intensely in school, it was one of those moments where I really wanted a GOOD photo of me with the castle.

So, I had to pull a touristy: “Hi, would you mind taking a photo for me please?”

I normally don’t like to give my camera to someone else. Handing over my most valued possession to a complete stranger just doesn’t sit well with me. But if I have to, there are 2 broad groups of people I target.

1. Couples
I normally target couples because there would be 2 of them. If they are tourists themselves, than the likelihood of them running away with my camera is lowered.

I also never hand my camera to someone that looks flimsy, high maintenance people who look like they can’t lift and hold steady my 10lb gear.

Anyways, I side tracked a bit, but for a good reason. Today I wanted a photo with Kornborg Slot. The first time, I asked these 2 nice looking middle aged ladies to help me take a photo. She doesn’t look like she’s ever held a DSLR before, but that’s fine. I switched it on live view, and changed all the settings to automatic for her. So I get into the shot, and she’s fiddling with the camera. Then she looked up from the camera and asked me how to adjust the zoom. I had my wide on for her, so she should be able to get the whole castle and me in it. But she wanted to adjust the zoom, so I showed her. And this was the result: 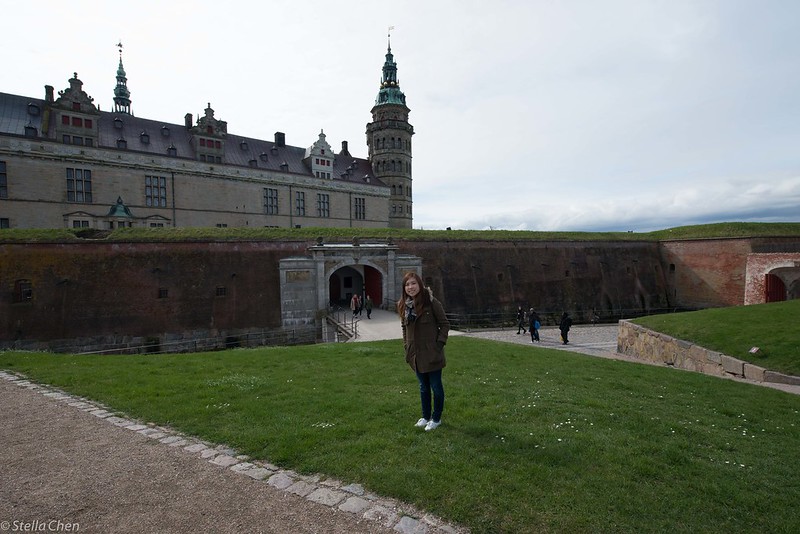 This is the picture I took of the castle standing at the same spot as her. I set EVERYTHING up for her, so she can get the WHOLE CASTLE, and not just half of it. Argh. Thanks anyways nice lady. 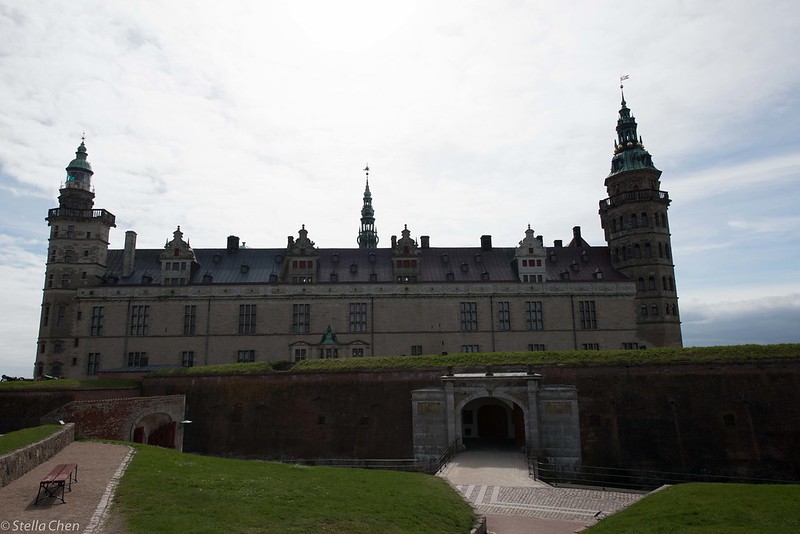 So, disappointed, but not defeated, I walked into the castle and it looked really cool. I was standing around, trying to take selfies. Then I saw target #2. Fellow DSLR user (NIKON = BONUS). He was using at D300s, super high end pro full frame. His wife was there too. I had high hopes. I set the settings properly into manual. I got into the shot. He came forward to frame, got down onto 1 knee for a better shot. All I could think of was: “Wow, fantastic!”. He’s framing, he’s getting it from a lower angle, the towers are going to be in frame too!

And here’s the shot: 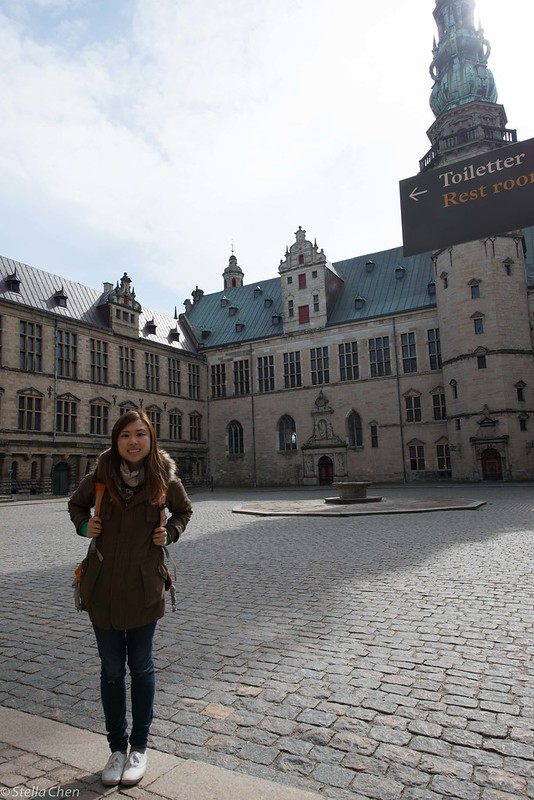 He framed it, but heck! WHY IS THE TOILET SIGN THERE! IT COVERED THE TOWER!! I was so upset. I didn’t want to ask him to do it again because I felt bad. And this was the shot he could have taken… 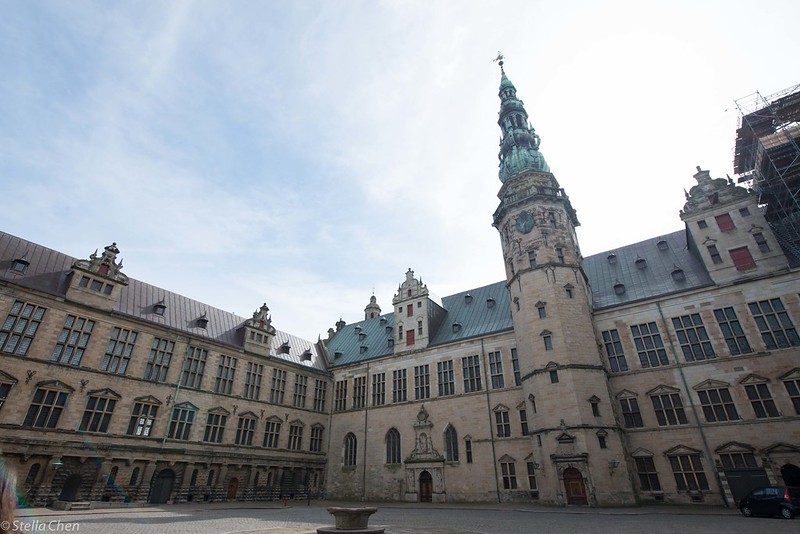 Anyways, I gave up and did a selfie. 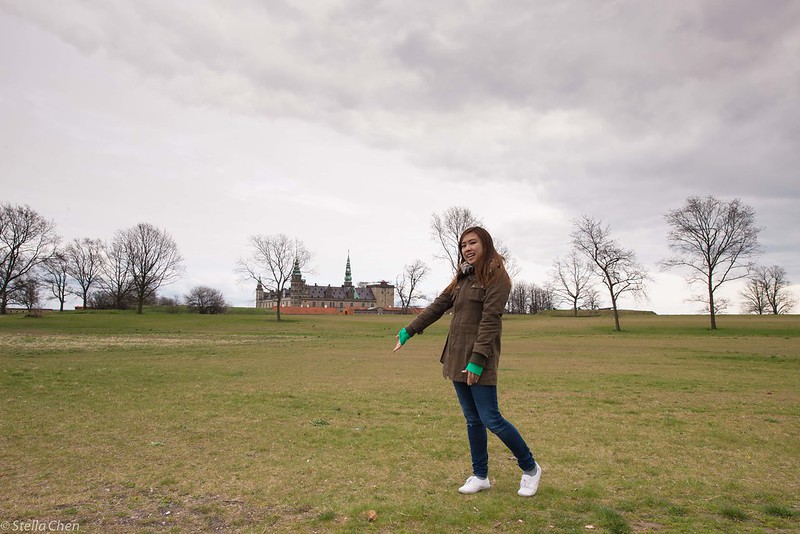 Whenever I visit a new city, I always make a point to get lost.  Instructions on how to get completely lost:
1. Throw away map.
2. Take off your watch or leave it at home.
3. When in doubt of directions. Just keep walking.

I watched how cyclists navigate through traffic.  Observing their hand signals, and how they go about crossing intersections.  I’ll be borrowing a bike from Heidi soon. 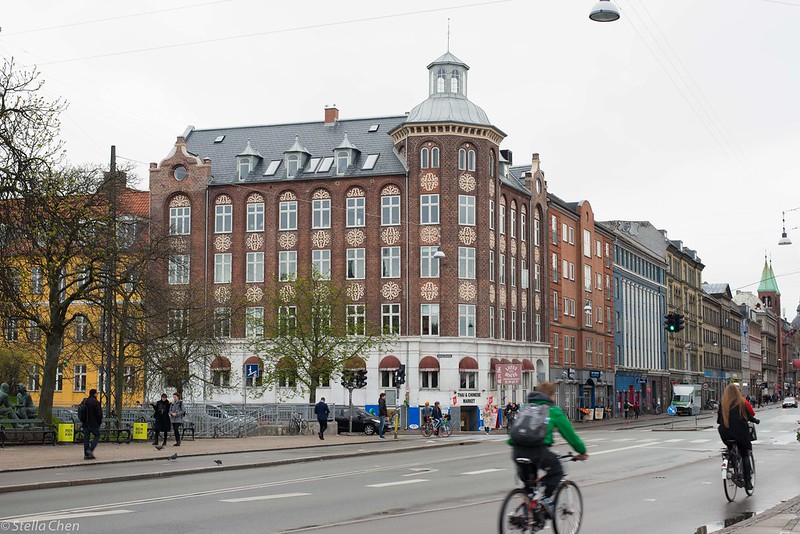 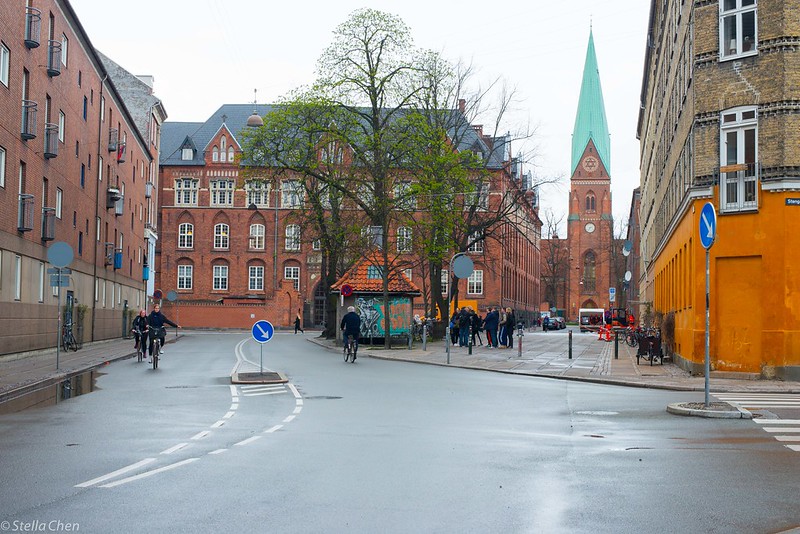 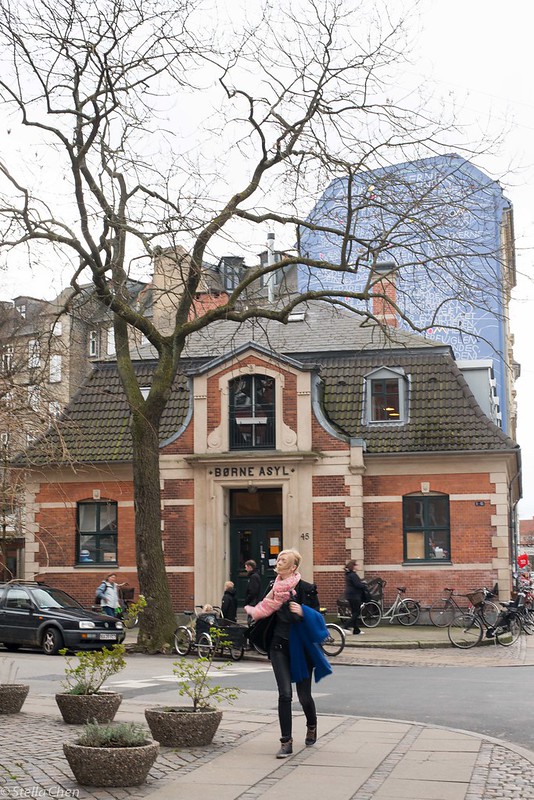 And of course, dainty small shops line the streets. 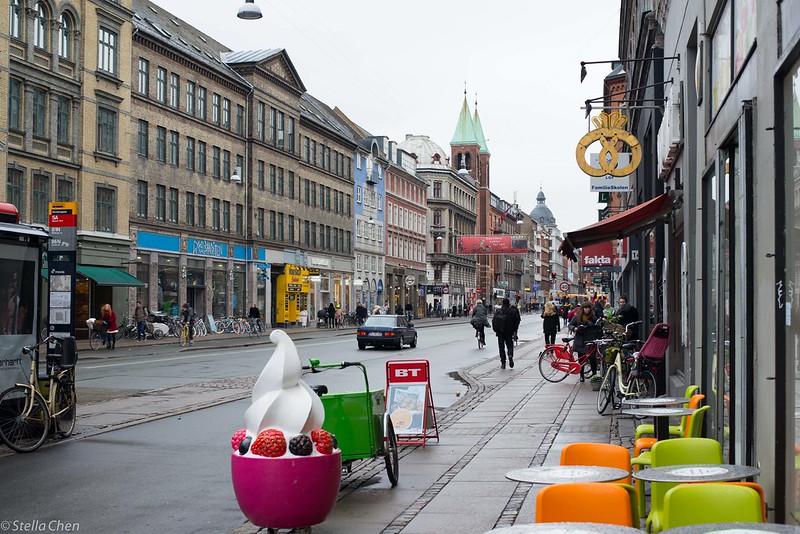 I stopped by a bakery that had their own stone oven. Heidi mentioned that they were famous for their bread. So I decided to have a prosciutto and cheese sandwich. The bread was made of various grains, nice and crunchy on the outside, soft on the inside. The bakery was cozy, with a nice sitting area. 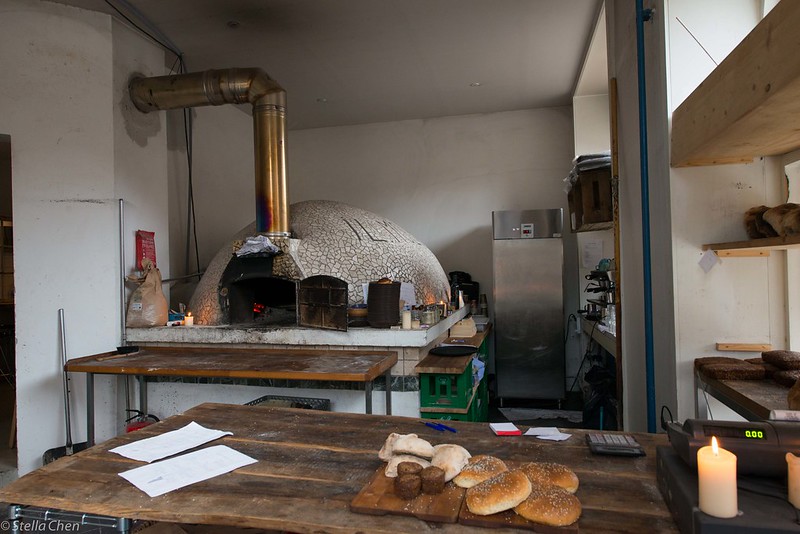 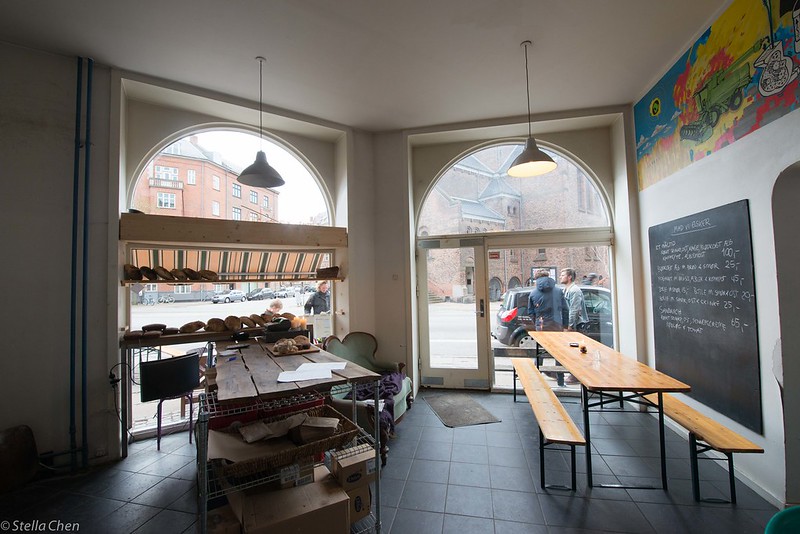 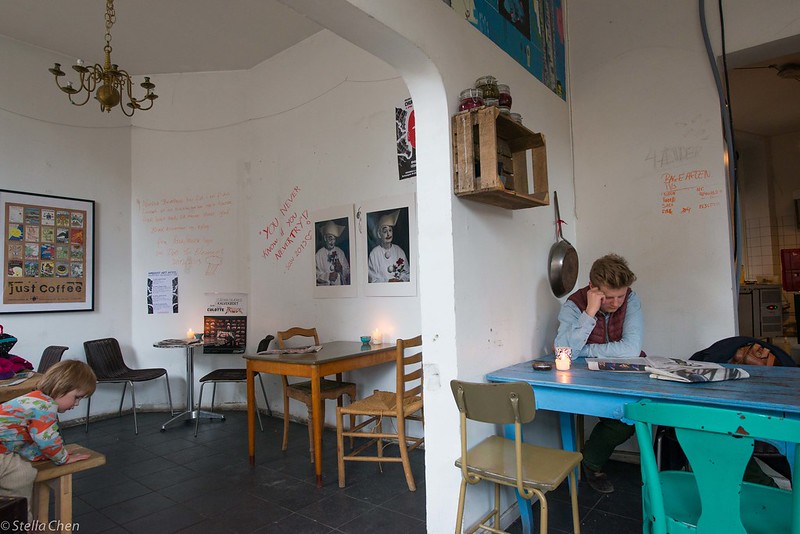 After 4 hours of wandering, I ended up back in front of the apartment I’m staying in. Not too shabby for a first day of feeling out the city.