When I travel I always make a point to roam around the city and get lost. But this time, we decided to walk across the city on foot with a purpose. We wanted to visit Mala Fabrika. It’s ranked the number 5 restaurant in Beograd on TripAdvisor. I was surprised to find that the restaurant scene in Beograd to be very sophisticated. The restaurant was quaint, well decorated, and service was excellent. They spoke perfect English and was very courteous in answering all our questions.

First course was a procini mushroom soup. It was very flavourful, creamy but not heavy. If you like mushroom, you would be delighted with this soup. 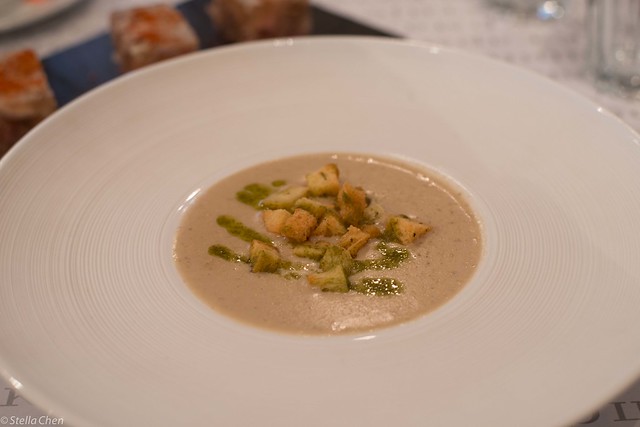 We then ordered a traditional Serbian dish. It was a little like jelly with meat inside. Savoury. Reminds me of this Chinese dish from northern China called cold meat (“凍肉”). 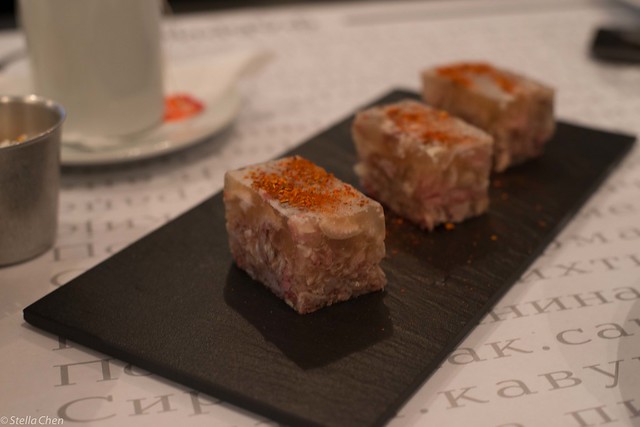 The main course was a bread pork chop with pickled veggie and baked potato. The pork chop was not very catchy, it tasted like any other pork chop. But the potato was delicious. We couldn’t stop eating it. It was very flavourful, and crispy on the outside. 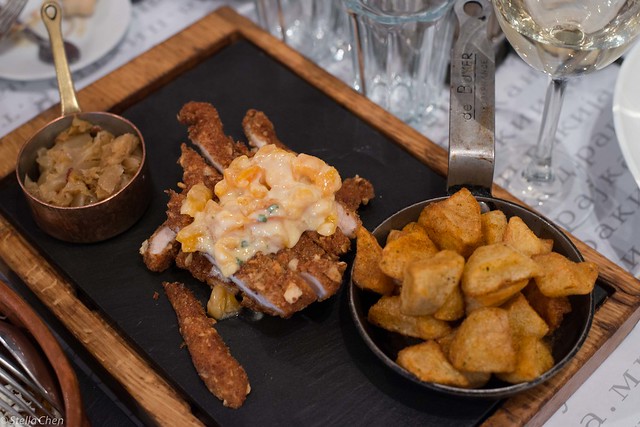 Though it was getting to a point where we were having too much food, we couldn’t pass up for this opportunity to try a traditional Serbian meatball. It was served in a clay plate, hot and sizzling. Topped with Serbian cheese that was mild and resembled mozzarella. 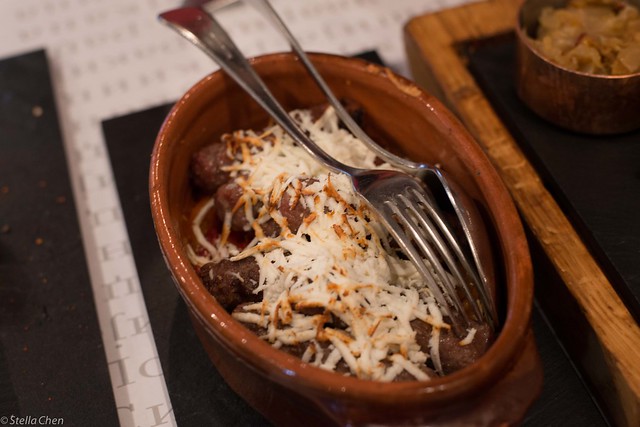 Last but not least, and thank goodness we were 2 starving kids from the day before, we managed to find room for dessert. A creamy custard cold soup with meringue on top. It was simply delicious and not too heavy even after such a big meal. 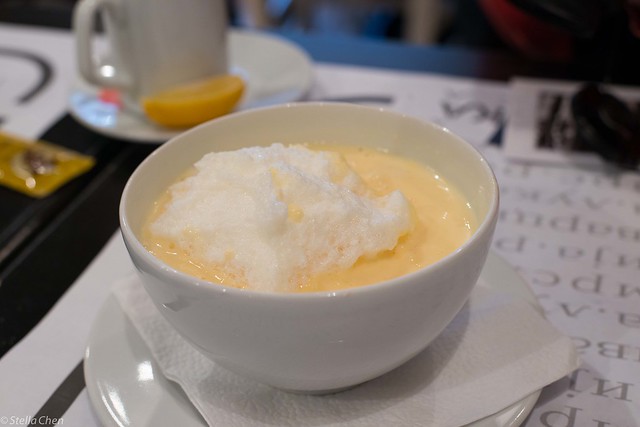 I also indulged in wine. I had a glass of fume blanc. It had a nutty oaky bouquet. Citrus and grapefuit clung to my nose. There was a strong smell of alcohol. Medium viscosity, most likely due to the alcohol. It was a dry wine with good acid making you salivate.

After a delicious meal, we slowly made our way across town again. We stopped by the fortress for some night photos of the bridge and the river. It was a breath taking view up at the top. I took in as much as I could of the view knowing that tonight was our last night in Beograd. Goodbye Beograd. Until next time. 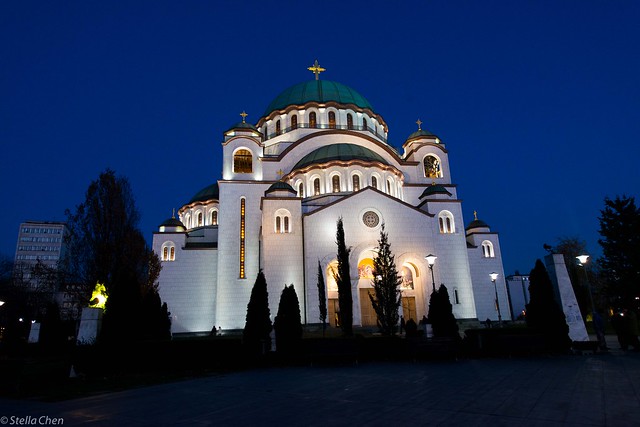